Officially announced that Tuna Auction at Tsukiji Fishmarket can be watched until September 15th 2018.
Ohhhh!! I must go! I’ve never tried to watch because it is said that I have to be there around 2am! (*3*)
There are only 120 people can go into watch the tuna auction.
Tsukiji Fishmarket office said that we should be there 5am.
However it’s getting earlier and earlier…
The officer said “The first person appeared at 1am” when I went (-o-) 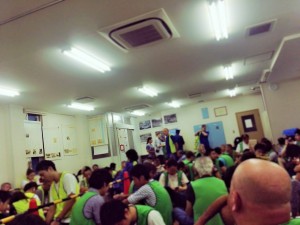 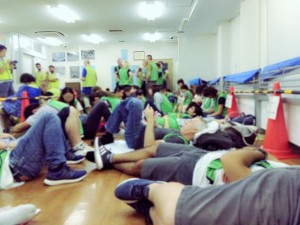 Around 3:10am, it become full.
While waiting for the Tuna auction, one man come into the room.
He is a broker “Kosei san”, he talks about the auction, about tuna, about brokers life… with his jokes. :)
It’s interesting and nice refreshment for us who are bored a bit, tired a bit to wait!!! ahaha 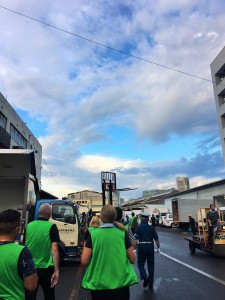 Finally, at 5:40am, it’s time to go to the tuna auction!!!
Ohhhh, Super super busy market!!
Turret trucks come from everywhere, don’t care about us, of course we are visitors, they are working!!
It’s a little far from me so I can’t listen to words clearly that they are shouting.
B.u.t, full of enthusiasm, energy and full of Tuna!! 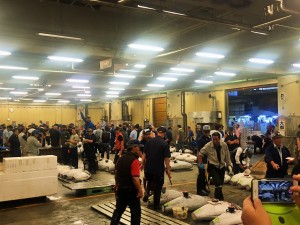 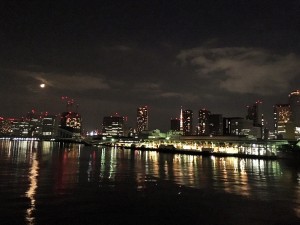