The History of Kyu Yasuda Garden
In the Genroku Era (1688-1703), a feudal lord in the later Hitachi-Kasama Clan of 50,000 koku, Honjo inabanokami Munesuke, who was a younger blood brother of the biological mother (Keishoin) of Tsunayoshi Tokugawa, the fifth Shogun, received this land from the Bakufu as a suburban residence and is said to have constructed this garden. This Garden has a pond in the shape of the Japanese character “kokoro”(heart) at its center and uses a system known as shioiri by whichthe pond isfed from the Sumida river, so the water level in the pond rises and falls with the ebb and flow of the river’s tide.
After the Meiji Restoration, it was the home of the Lord Ikeda Akimasa of the late Bizen-Okayama clan and , then, in 1891, it became the property of Yasuda Zenjoro, founder of the Yasuda Financial Group. After Zenjiro’s death, as specified in his will, the garden and house were donated to Tokyo City in 1922.
However, on September 1 of the following year (1923), the grounds were almost completely destroyed by the Great Kanto Earthquake. The city began re-construction work on the garden, using as a base the ishigumi stone formations, which fortunately remained, and then named the gardens after the donor “Kyu-Yasuda Gardens”.in 1927, it was opened to the public as the first Japanese garden, donated by a privatechritable person.
Taking the opportunity of its jurisdiction transfer from the Tokyo Metropolitan Government to Sumida city in 1967, it was fully re-constructed and 1971, it was completely restored to the original conditionof former times when it was called a “distinguished garden”. In 1996, this garden was designated a Metropolitan place of Scenic Beauty as typical garden of the Meiji Era.
Let’s take a walk to Kyu Yasudagarden to feel history of Tokyo and enjoy the beauty of the Autumn leaves! 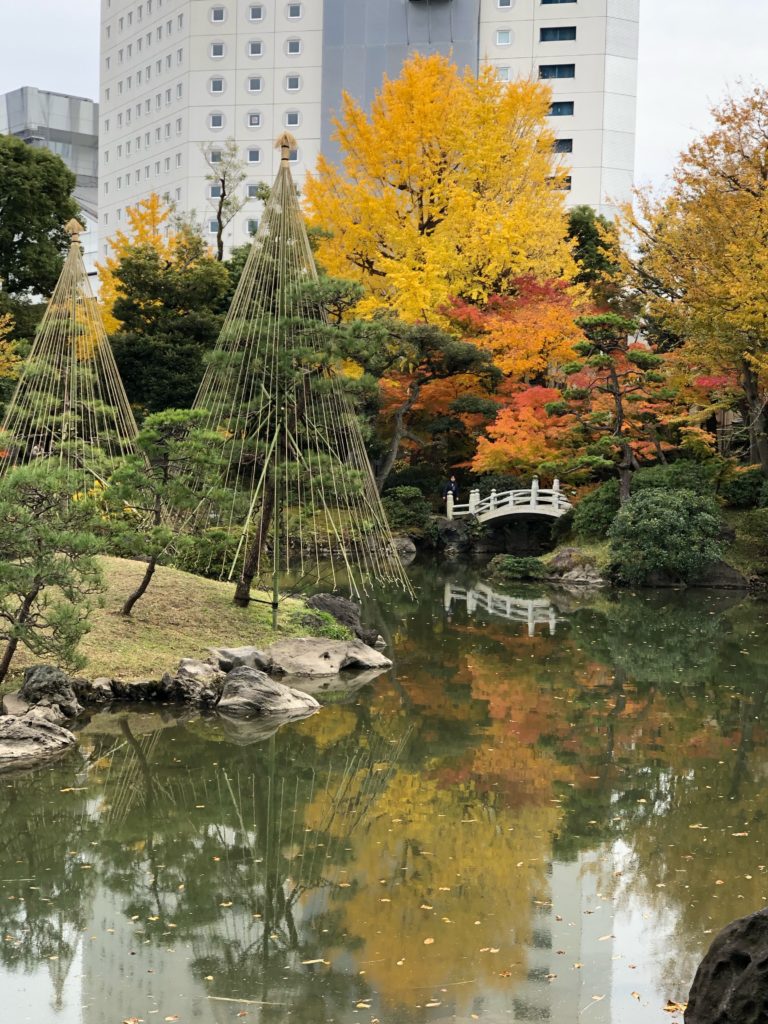